Have I mentioned before that I love peanut butter?  Well, I do.   The other day I was craving the combination of peanut butter and chocolate (again!) so I decided to make peanut butter brownies.  I used a recipe from Epicurious as my guide for this experiment, and I must say this dessert turned out very yummy.  These brownies had the perfect balance of peanut butter and chocolate goodness.  The peanut butter was not overpowering.  The brownies sank a little in the middle after I took them out of the oven, but I only used ¼ teaspoon of xanthan gum when I made them.  In the recipe below I’ve changed that amount to ½ teaspoon.  This extra xanthan gum should deal with END_OF_DOCUMENT_TOKEN_TO_BE_REPLACED

You will need a small (about 3/4-inch diameter) shamrock cookie cutter to use as a stencil on your cookies. If you can’t find this type of cookie cutter you can make your own stencil by tracing and cutting a shamrock shape on a plastic kitchen mat (available at most stores in housewares.)

For this recipe, you will need:

Did you remember to Spring forward Sunday? I can’t believe it is this time already!  I am so excited about it being light later, that I really don’t care about the hour of lost sleep.  Make sure to ask me how I feel about that in a couple of weeks when my schedule is all screwed up, okay?

END_OF_DOCUMENT_TOKEN_TO_BE_REPLACED

Yes it is possible to microwave delicious puddings.

No that isn’t a typing error in the title.

When I first got married I remember someone told me how to make a sponge pudding in the microwave. This recipe became a regular treat for us and now that we have four children, this ticks all the boxes for a family pudding: cheap, very quick, and very tasty.

The good news is, it works gluten free too!

The name that the family has given this pudding over time is Two Four Two Four Pudding – when you read the (imperial) quantities for the recipe you will see why – easy to remember the quantities so that you can impress someone by making a pudding from memory! END_OF_DOCUMENT_TOKEN_TO_BE_REPLACED 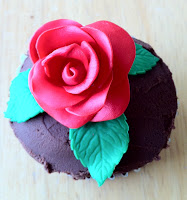 If you didn’t already know, Betty Crocker does gluten-free cake, cookie, and brownie mixes now. Actually, these have been around for a while, but I’m honestly not a fan of Betty Crocker. Or cake mixes in general for that matter. But if I have to use a cake mix, I’m more than likely not going to eat it, so I usually go for Duncan Hines if it’s on sale or Pillsbury, whichever is cheaper.

A few days ago I realized that February is half over and I hadn’t posted anything since January, so I decided to try out the box of Betty Crocker Gluten Free Devil’s Food cake mix that had been sitting in my pantry for many weeks. I bought it on sale to use for something, I forget what, that I obviously never used it for. I was also in the mood for something chocolate. And easy. Cupcakes made from a mix are

END_OF_DOCUMENT_TOKEN_TO_BE_REPLACED

Banana ‘Scream with a Kick Recipe 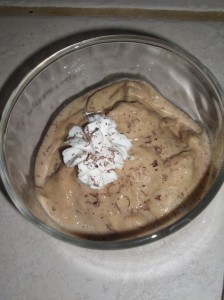 Life has been busy—issues with construction, permits, fire hazards and the like.  And our oven broke.  So lately it’s been all about the quick and easy.

And what’s quicker and easier than Banana ‘Scream?  It takes about 2 minutes from start to finish, simple, and totally customizable to pretty much any diet (except a banana allergy).  We tend to have browning bananas go to freezer heaven, and the lucky ones are found and made into dessert before they become a mass of ice crystals. 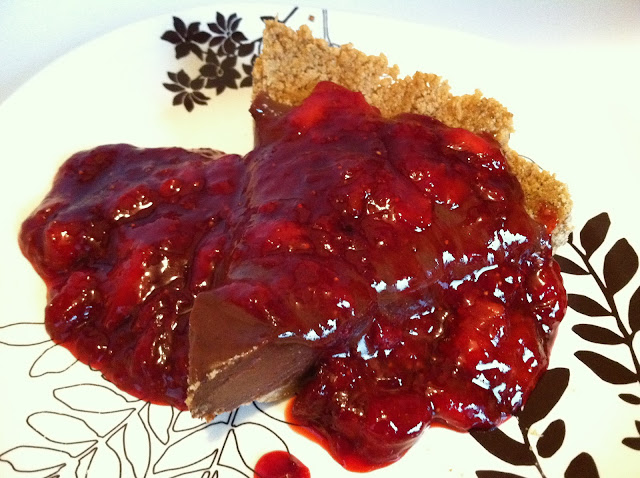 *SPOILER ALERT!*
The recipe for this pie will follow throughout the rest of this post! Do not be alarmed!

Here’s how the construction of this pie took place… END_OF_DOCUMENT_TOKEN_TO_BE_REPLACED

As I was reminiscing about living in NYC, and getting kugel from the local kosher deli. And I thought why not…I could do this. If my grandparents could see me now they would be so proud, and very shocked! I remember once when I was younger visiting my grandma in the Bronx and eating at a kosher deli, I asked for an egg-cream with my pastrami sandwich…..oooh, the looks of daggers I received. I might know a fraction more than I did then, like meat and dairy don’t go together, but that is about it sadly. Along with kugel, I do love me a nice big bowl of matzo ball soup and a knish…now my goal is to make those in GF fashion.

This week started with kugel, and it came out great. I really think the key was the noodle. And since traditional kugel calls for egg noodles, us GF-ers are kind of out of luck, or so I thought. But one of my new favorite gluten-free products, a corn pasta from Hungary, Cornito fit the bill! Corn pasta from Hungary, who would have thought? But it is delicious and not only tastes just like traditional egg noodles, it is pretty cheap.   END_OF_DOCUMENT_TOKEN_TO_BE_REPLACED 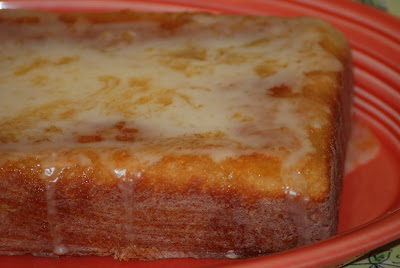 My super-moist Gluten Free Glazed Orange Almond Cake recipe will have your family lining up for seconds. This cake tastes as good as it looks. The orange flavor really comes through and works well with the subtle almond undertones. This has none of the stereotypical gluten free cake issues… it is as delicious (if not more delicious) than most cakes containing gluten. It may very well be the moistest cake you have ever had! It’s texture is wonderful and very similar to banana bread. END_OF_DOCUMENT_TOKEN_TO_BE_REPLACED