Bring the kids! We will have kid’s activities at this meeting. END_OF_DOCUMENT_TOKEN_TO_BE_REPLACED

It’s always great when people proactively celebrate and educate others about the gluten free life, and that’s exactly what Penn State’s Celiac Support Group is doing with its 2011 Food Faire.  It’s sure to be a good time with lots of food – if you’re going to be around central Pennsylvania, check it out and tell us about all the fun!  Below is some information on the Food Faire from Heidi Watson, president of the Celiac Support Group.

This year, for the first time ever, local Celiacs and residents of central PA will be able to attend the Centre Area Gluten Free Food Faire to learn about products and services for individuals with celiac disease/gluten intolerance and we anticipate a great turnout! The State College Celiac Support Group is sponsoring a food expo, so it will also be a terrific chance to try new END_OF_DOCUMENT_TOKEN_TO_BE_REPLACED

April 8, 2011, Anchorage, Alaska: Brandy Wendler, wife of JohnRoss Wendler, pilot officer of Elmendorf Air Force Base who is serving in Japan’s relief effort, was crowned Mrs. Alaska United States 2011 in front of a packed auditorium at the Wilda Marston Theatre in Anchorage on Saturday, April 2nd, 2011.

Although the Mrs. Alaska pageant was Mrs. Wendler’s first time competing in a pageant, her passion for speaking about Celiac disease, a disease Mrs. Wendler was diagnosed with 3 years ago, stole the hearts of the judges and the entire audience.

Mrs. Alaska United States is a prestigious and elite title, which requires each contestant to choose a END_OF_DOCUMENT_TOKEN_TO_BE_REPLACED

We will meet the third Thursday of every month from 6-8pm in the Harvest Cafe at Natural Pantry.

Meetings are located at 3801 Old Seward Highway Anchorage, AK 99503. My website is www.livingwithoutgrain.org. There, people can find more information about the group meetings and Alaska resources.

The Celiac Disease Resource, Inc., (TCDRI) is a non-profit organization founded in 1995 and incorporated in 1999. Our organization is dedicated to providing educational information to the general public by regular meetings, special events, printed literature, telephone and e-mail support.

We are a group from St. Mary’s County, Maryland.

We meet at St Mary’s Hospital in Leonardtown, MD.

Our leader is Teresa A. Andrasik, RNC and we meet on the first Thursday of each month from 7-9pm in the St. Mary’s Hospital.

We are a group of people who have Celiac Disease, gluten sensitivities, and food allergies. 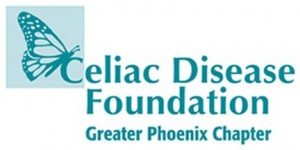 This event is open to the public and gives people challenged with Celiac Disease, or those interested in transitioning to a gluten-free lifestyle, an opportunity to learn more about gluten-free products and where to purchase those products, as well as learning about local restaurants offering gluten-free menus.  In 2010, over 600 attendees and 37 vendors participated in the expo. This year promises to be even bigger, with an expected 800 guests and 50 vendors.

The expo will be held between 10 am and 2 pm at the following location:

In keeping with the intent of sharing information on a wide array of products now available to the gluten-free community, a variety END_OF_DOCUMENT_TOKEN_TO_BE_REPLACED

Celi-ACT, a support group for families with one or more members affected by gluten intolerance, is hosting its 3rd annual Gluten Free Vendor Fair on Saturday, March 12, 2011 from 11 a.m. until 3 p.m at a new location in the Jacobs Building at Chilhowee Park & Exposition Center in Knoxville.

The event has grown substantially since it was first held in 2009 and is now one of the largest gluten-free events in North America.  More than END_OF_DOCUMENT_TOKEN_TO_BE_REPLACED

For anyone who lives in or near the Central Valley… we will be having our first Gluten Free in Fresno support group meeting THIS WEEK!

Here are the details:

When: Wednesday, January 26th, 7:00-8:30 pm
Where: Whole Foods Market Fresno, Salud Room
Who: ANYONE who is living or is interested in living a Gluten-Free diet END_OF_DOCUMENT_TOKEN_TO_BE_REPLACED

The purpose of this group is to share experience, strength, and laughter with other Celiacs while enjoying gluten free meals at area restaurants. Our dinners are lots of fun & a great way to learn tips and information about living gluten free! Sometimes our best resources are each other!

If you enjoy dining out and meeting new friends, then this group is for you! We are always looking for the best places to eat gluten free in the Atlanta area. We have more options now than ever before as restaurants learn how to accommodate a gluten free diet. The options for us grow every year! Things we thought we couldn’t have anymore (pizza, pasta, Asian cuisine, even fried food!) have once again become part of our diets.

A great resource is our Message Board where you can join in a discussion on a gluten free topic or ask a question.