There are 36 Brain Disorders Cause by Gluten Sensitivity and Celiac Disease listed in the Gluten Free Works Treatment Guide.

How they are caused and treatment are presented. The people who follow the steps provided in the Treatment Guide DO recover…which is SO AWESOME TO SEE!!! :)

It’s all right here. Everything you need to fix yourself and maintain your health, and your brain.

Editor’s note: Promising research published January 8, 2007 shows that adequate levels of vitamin D in the elderly are important to maintain cognitive function or thinking skills that include use of language, awareness, social skills, math ability, memory, reasoning, judgment, intellect, learning, and imagination. This study is called a retrospective review because the researchers did not actually examine anyone. Instead they reviewed data from records of 32 older adults who had been examined for memory END_OF_DOCUMENT_TOKEN_TO_BE_REPLACED 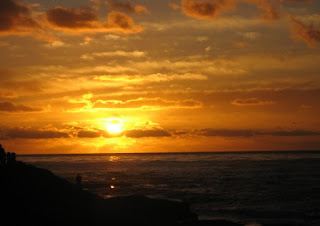 Lipitor raked in more than $5 billion for pharmaceutical giant, Pfizer Inc., during 2009 according to Drugs.com.

Are drugs making you sick?

All eight of these drugs deplete nutrients.

Celiac Disease, on the Couch

Kathleen (not her real name) came to counseling because of anxiety. After an intake, we identified several areas in her life that sounded like they were contributing to her difficulties. We started working with Cognitive Behavioral Therapy, a system that looks at the thought sequence you use, and where a distorted belief can be corrected and thereby relieve suffering.

After teaching her a series of formulas, she was able to apply the principles herself when not in the office with me. This is a very effective psychotherapy intervention, that is so useful that many insurance companies paying for counseling expect to see it as part of a treatment plan. But, it did not seem to offer Kathleen the relief I was expecting. So, we continued looking elsewhere in her life for the source and solution of her anxiety. If it wasn’t her thinking causing it, perhaps it was situational. END_OF_DOCUMENT_TOKEN_TO_BE_REPLACED

Can celiac disease be mistaken as autism? A boy whose “autism” was cured.

A five year old Canadian boy, diagnosed with severe autism, was cured when the true cause of his mental disorder was found to be celiac disease and he was treated with a gluten-free diet and nutritional supplements.

His autism was cured because he was never really autistic in the first place. He had celiac disease, an immune response to wheat, barley, rye and oats that damages the intestines leading to malabsorption of nutrients.

What if certain children who are diagnosed with autism actually have celiac disease?

Many of these issues are due to nutritional deficiencies resulting from the intestinal damage that celiac disease causes. If caused by celiac disease, they improve once gluten is removed from the diet and the intestine heals and functions properly.

Genuis and Bouchard, researchers at the University of Alberta, recently published the case of the 5-year-old boy who had been diagnosed with severe autism at a specialty clinic for autistic spectrum disorders. After an initial investigation suggested underlying celiac disease and varied nutrient deficiencies, a gluten-free diet was instituted.(1) His diet and supplements were adjusted to secure nutritional sufficiency.

This case is an example of a common malabsorption syndrome (celiac disease) associated with central nervous system dysfunction and suggests that in some cases, nutritional deficiency may be a cause of developmental delay.

Genuis and Bouchard recommended that all children with neurodevelopmental problems END_OF_DOCUMENT_TOKEN_TO_BE_REPLACED

The Gluten Free Works Treatment Guide includes over 30 mental disorders that stem from gluten sensitivity and/or celiac disease and gives you steps to correct them or limit their progression.

Dr. Rodney Ford, pediatrician and author of The Gluten Syndrome, provides us with an excellent and easy-to-follow video that tells us how to know if we need a gluten test.

This short presentation explains which symptoms to look for and tells you the tests you need to to request to find out if gluten is making you sick.

Dr. Ford estimates up to one third of people with chronic diseases are being affected by gluten and sums up why people do not ask to be tested. “We are so used to being sick that we don’t know we’re sick.” People think they have always been this way, so they do not know to ask.

END_OF_DOCUMENT_TOKEN_TO_BE_REPLACED

If you or someone you know has a child with a mental illness, behavioral problem or unexplained neurological issue, you must watch this video. It vividly illustrates how gluten and celiac disease can cause neurological illnesses and how removing gluten from the diet can improve or cure the child. [Note: The title says two videos because there were two videos originally, but Youtube removed them. A reader informed us about the one below. Originally posted May 2009.]

Eamon Murphy started exhibiting mental aberrations and problems eating at three months of age. By the time he was three, his parents were frantically trying to understand what had caused his developmental delay in walking and talking, and now his trances, seizure-like episodes and regression. After a determined effort by his mother and a series of extraordinarily lucky events, he was finally diagnosed with celiac disease…and END_OF_DOCUMENT_TOKEN_TO_BE_REPLACED

[Editor’s Note: The following is a post I recently submitted to a listserv concerning attitude and nutritional deficiencies in celiac disease. I posted it in response to a heated exchange folks were having on the topic.]

The “rage” we see in posts from time to time is part and parcel with celiac disease. My business is celiac disease. I own Glutenfreeworks.com and edited the groundbreaking medical reference, Recognizing Celiac Disease.

I frequently see abnormal personalities in my travels, presentations, discussions and on listservs. I meet people with anxiety, depression, irritability, distrust and other unexplained “attitudes.” There is an explanation – and no they aren’t jerks, as much as people might want to call them that. Whether they are gluten-free or not, they are sick – malnourished in fact.

Nutrients play a huge part in our attitude.

Here is an example. While dropping off a shipment of Recognizing Celiac Disease books at the post office on Friday, a woman in line with thinning hair and poor skin color noticed my Gluten Free Works label. She asked what the packages were and I told her the packages contained books I was sending to customers.