Recently, I had the pleasure of interviewing Karen Cranford, the president of our very own Celiac Sprue Association (CSA) chapter in Denver. I’ve known Karen now for about 7 months.  We met when I became involved in the chapter and she helped me become the secretary.  However, I feel that during this interview, I got to REALLY meet Karen and get to know her, which was such a joy.  She has been the president of CSA for over two years and has helped, along with her many board members, build such a strong organization that has helped bring Denver to the top of the list in Celiac Awareness.  She has helped the chapter bring the  ‘Incredible Edible Gluten-Free Food Fair™’ to Denver as well as worked hard to get incredibly knowledgable speakers, such as Dr. Ford, Dr. Fasano, and Dr. Wangen, to Denver to educate us all on Celiac disease and gluten intolerance.  We all get the joy of experiencing the hard work she puts in on a volunteer basis to make living gluten free easier on all of us, but now we get the special treat of actually getting to know Karen.

Jenn: How old were you when you were first diagnosed?

Jenn: How long were you having symptoms before receiving a diagnosis?

Karen: Well, it’s easy to look back and say maybe I was having symptoms for a long time.  I started having migraines around 22, and now I wonder if that was a symptom.  But, I was probably really sick for about END_OF_DOCUMENT_TOKEN_TO_BE_REPLACED

Recently, I had the pleasure to interview award-winning production manager, Richard ‘Wez’ Wearing. Living in the UK, Wez has worked with hundreds of bands such as Mika, Take That, Scissor Sisters, Sex Pistols, PIL, Iron Maiden, Manic Street Preachers, Celtic Thunder and Sarah Brightman. He has a demanding career that takes him around the world, working non-stop on a tight schedule.

Diagnosed with celiac in 2007, this added an additional level of challenges to an already hectic lifestyle, but he doesn’t let that inhibit him in any way.

Wez was recently in Chicago this past October with Mika at the Riveria.

Q – Were you already touring when you were diagnosed? If so, how did it immediately change your outlook on touring?

A – I was already touring, it was a great relief to find out why I was so run down all the time, but it took time for it to completely sink in. END_OF_DOCUMENT_TOKEN_TO_BE_REPLACED

I reported this week on a new iPHONE application, My Grocery Master, which allows users to locate gluten-free foods and brands according to zip code. The application claimed to not only allow users to locate gluten-free and lactose-free food items in popular grocery stores nationwide, but it also claimed to help users locate the product via detailed driving directions, all for an annual fee of $4.99.

While this iPHONE application (also available for iPAD and iTOUCH) purported to aide gluten-free consumers in their quest for all things allergen-free, it seems the app isn’t all it’s cracked up to be. END_OF_DOCUMENT_TOKEN_TO_BE_REPLACED

Brown rice syrup is the go-to for many gluten-free bakers.  Gluten-free recipes everywhere call for the stuff and indeed, it lends a perfectly sweet flavor to cakes, cookies, muffins, and scones.  But the syrup is controversial in the world of gluten intolerance and Celiac Disease because in some cases, it contains gluten.

Some, though not all, brown rice syrup is actually fermented in a process that employs barley.   END_OF_DOCUMENT_TOKEN_TO_BE_REPLACED

Is gluten free the next weight loss fad diet?

Many people now see the gluten free labels in the health food section of the grocery store, the thin people reaching for them, and well, you see the fore drawn conclusion. What they don’t realize is that the thin person may have celiac disease or other autoimmune disorder, and he or she actually weighs a healthy 20 pounds more since starting a gluten free diet, putting an end to malabsorption problems. Conversely, some people do lose weight eating gluten free, not because they are using the lifestyle as a specific weight loss program, but because addressing their underlying disease resulted in improved body composition.

In the later case, weight loss may be a side benefit of removing the offending food, thus allowing the body time to heal and absorb nutrients normally. However, a gluten free lifestyle is not intended to be the next fad weight loss program. Consider two other dieting trends over the past two decades: END_OF_DOCUMENT_TOKEN_TO_BE_REPLACED

Summer is coming and fresh vegetables — in the stores, at the farmer’s markets and in your garden — will be plentiful. It’s time for summer salads.

Try this delicious salad as a side dish or even as a main. It’s light and satisfying.

Use the ingredients list as a guide. If you don’t have peppers, use what is on hand. If you don’t like cilantro, it’s fine not to use it at all; many people don’t like it. Use any lettuce, even finely sliced cabbage. See the tip below for how to make your red onion a little mellower. Or see what’s in your fridge, open a can of black beans, defrost some corn, and you have a delicious salad great for lunch or a party. Enjoy! END_OF_DOCUMENT_TOKEN_TO_BE_REPLACED

Unfortunately…that means my jeans are now a little too tight, and I’m afraid to step on the scale at the gym. I’m sure many of you are in the same boat right now… But, let’s not get down about it. We all have to “splurge” once in a while… and let’s face it, one of the fun things about the holidays is doing just that. In December, we shop too much, we spend too much money, and we eat waaay too much.

But here it is! A New Year! New possibilities are ahead of us, and its the perfect time to develop healthy new habits. It shouldn’t be about going “on a diet” just to lose the holiday weight…it should be about making permanent lifestyle changes… It’s about living our healthiest! And living Gluten-Free and being healthy should go hand in hand. :)

So, cheers to 2011, and making it the healthiest yet! Who’s with me?!?!Here are some tips on weight loss that have helped me every time I’ve gained a few and want to get back on track asap:

END_OF_DOCUMENT_TOKEN_TO_BE_REPLACED

Now that Thanksgiving is over, the next few weeks are likely to be filled with many treats of the food and drink variety.  Following the gluten-free diet can be helpful in avoiding some of those treats; don’t view having to avoid these gluten-filled treats as a bad thing – view it as avoiding excess calories and fat and treat yourself to something that is gluten-free and worth a small indulgence.  Those small indulgences can be a glass of red wine with dinner, a small serving of dark chocolate or even something non-food related like a new workout top, a book that has been on your “must read” list or some new tunes for your workout playlist. 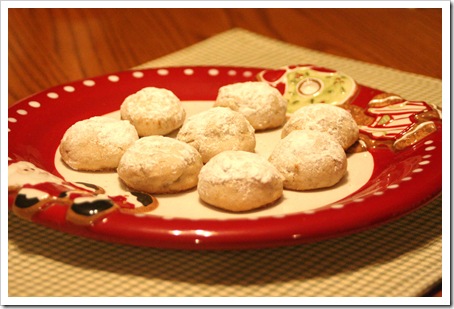 If Holiday treats are unavoidable, try to practice smart portion control and END_OF_DOCUMENT_TOKEN_TO_BE_REPLACED

Get FREE shipping AND save $66 on Medifast’s gluten-free diet meal packages through January 31st!

Click Here and use coupon code SHIPJAN13 for Free shipping!

Click Here and use coupon code JAN31K to Save $66!

In this video, Marie Fang shares her tips for losing weight or maintaining a healthy weight while eating gluten free!