Home / A LISTING OF ALL HEALTH CONDITIONS / Koilonychia (Washboard Nails) 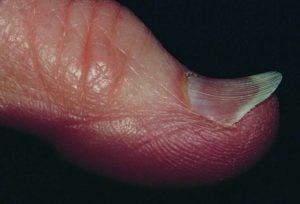 Koilonychia is a feature of an iron deficiency state characterized by abnormally shaped nails, called spoon shaped nails, meaning that the normal downward curve is reversed.

Depending on the inadequacy of iron, nails may simply remain flat or with a slight dip without progressing to a reversed curve.

These nails develop vertical ridges from the base to the nail tip that can become deep, called washboard nails.

Q: Are all nails affected?

A: All nails are affected in varying degrees. The small finger shows the least effect while the thumb shows the greatest change which begins as flattening before scooping upward.

What Is Koilonychia In Celiac Disease and/or Gluten Sensitivity? 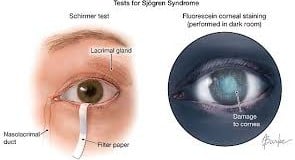 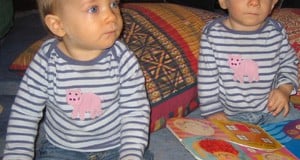 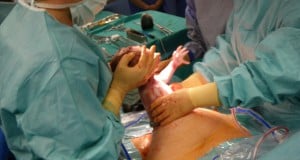 “The Health Guide is a one of a kind all encompassing resource. I have found it especially helpful in working to correct nutritional deficiencies by looking up the symptoms I continue to have despite following a strict gluten free diet for years. Most recently, the Health Guide educated me about low stomach acid, which was very helpful as I was under the misconception that I suffered from excess stomach acid. Thank you so much for creating the Health Guide, it is an invaluable resource for those of us that are interested in taking a proactive approach to good health.” ~Deb T.

“The Health Guide is a great resource for anyone who needs to fine tune their diet. It presents info on nutrients from several different angles and backs it up by scientific studies. All info is interlinked so you can easily get a broad picture of what you’re researching. One of my favorite features is that it always tells you what foods are rich in the substance you’re researching. This greatly helps in limiting your supplements and getting more of what you need from food itself.” ~Marita B. “I was diagnosed with Celiac in early 2013, shortly after meeting John, while I was in graduate school studying Chinese medicine. He was able and available to answer any and all questions I had regarding Celiac Disease. Between John’s wealth of knowledge on every detail of the matter, and the incredibly expansive and comprehensive GFW health guide, I felt as though my hand was held every step of the way during a major lifestyle adjustment, and I couldn’t have imagined a smoother transition. I am so thankful to no longer have to deal with headaches and migraines, IBS, and constantly sweaty palms. Furthermore, GFW equipped me with the necessary tools to apply my (relatively) new GF knowledge to my profession in a way that can benefit my patients.” ~Jill H.
Copyright © 2022 Gluten Free Works, Inc., All Rights Reserved.