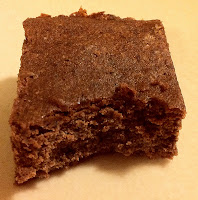 I may have mentioned how much I love the Whole Foods Recipes app a time or two dozen on here. It’s very user friendly and has a great bank of recipes. I particularly like the Flourless Brownies because they’re made with a secret ingredient: black beans. That’s right, you use a can of unsalted black beans (that have been well rinsed and drained) instead of flour. Every once in a while I get experimental and try the beans-for-flour sub in other recipes, but lately I’ve been playing around with this one trying to make it… better.

Not that there’s anything wrong with the brownies when you make them according to the recipe. It’s just that they come out fairly dense, almost fudge-like. Yet they don’t taste chocolaty and rich enough to be fudge. The recipe calls for three eggs, and I had the bright idea of separating them, beating the whites until stiff, and then folding them into the brownie batter just before baking to try and lighten the texture. I figured it was at least worth a try.

Place the black beans, egg yolks, melted butter, cocoa powder, salt, vanilla extract and sugar in the bowl of a food processor and blend until smooth. 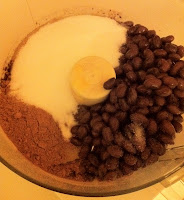 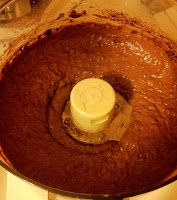 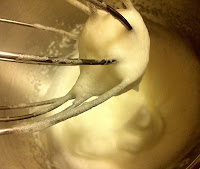 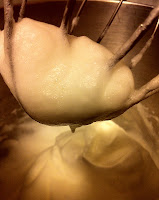 Remove the food processor blade from chocolate mixture and gently stir in a few small spoonfuls of the beaten egg whites. Transfer to mixing bowl, and fold in remaining egg whites. 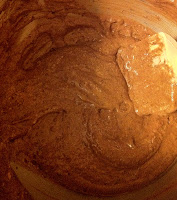 Stir in the chocolate chips, and pour into the prepared pan. Bake the brownies for 30 to 35 minutes, or until just set in the center. I think I might have left mine in a few minutes too long. 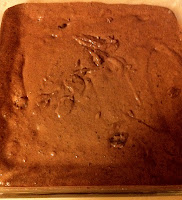 Cool before cutting into squares. The egg whites did lighten the texture a bit, but it’s still lacking any real crumb, so they’re more of the gooey kind of brownies as opposed to cake-like. They’re still seriously yummy, though. Unless you tell people these brownies are made from black beans, I don’t think they’d know. 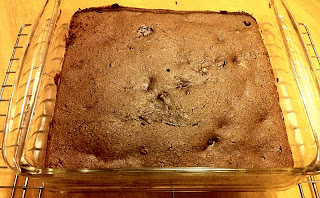 In fact, I must confess that these went so quickly I didn’t have a chance to take a picture of a cut brownie to show you the crumb. This meant I had to bake another batch, of course. Only I forgot to add a key ingredient. A good 10 minutes after I put them in the oven, I noticed the prep bowl of chocolate chips still sitting out on the counter, which meant they couldn’t be in the brownies. So you’ll just have to imaging chucks of chocolaty goodness in the one pictured above.

Gluten-Free Tuna Casserole – Economical and Wildly Popular at My House

I love to enjoy this almond milk with cereal, in smoothies, and in hot rooibos ...