Thankfully, with more and more people (especially women), complaining of similar symptoms, Fibromyalgia has finally gotten recognition as a legitimate disease. Some of the typical symptoms are body aches and pains, food intolerance, inflammation, depression, and sleeplessness. (All similar symptoms to Celiac and Gluten problems.)
With so many theories of what causes Fibromyalgia, and what will ease the symptoms, I have decided to treat my Fibro believing that it is all of these things:
1) Vitamin D Deficiency. Many women with Fibromyalgia have been found to be extremely LOW in Vitamin D. Some women have been helped by taking high doses of Vitamin D (even up to 50,000 IU per day for a month). It’s probably a good idea if you have symptoms of Fibro to get your Vitamin D levels checked. Don’t take high doses unless your doctor tells you that you need them! Vitamin D has been shown to to be extremely beneficial in treating inflammation, and even helps those with insulin resistance, another problem many with Fibro and / or Celiac may experience. Some other great ways of “upping” your Vitamin D intake include getting plenty of SUN exposure (at least 20 min a day with no sunscreen)….and drinking fortified Coconut Milk. (The SO Brand is my favorite). 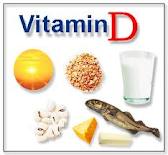 2) Protein Deficiency. Dr. Brice E. Vickery of the SuperNutrient Corporation, believes that the root cause of Fibromyalgia is protein deficiency. He believes in treating Fibromyalgia with a diet high in Protein and Veggies…..very little sugar, and go figure…. NO GLUTEN! (As sugar and gluten are some of the main dietary causes of inflammation, which leads to Fibro pain). I have read his book “Beat the Yeast, Boot the Gluten,” and have experienced much relief when I follow as strict a diet as possible. Dr. Vickery also notes that Fibro patients almost always come up deficient in sulfur, an extremely important trace mineral in our guts. His amino acid supplements contain sulfur, and you can also get dietary sulfur from onions, fish, poultry, eggs, and legumes.

3) Inability for Kidneys to Flush out Excess Phosphate Buildup. Dr. St. Amand of the Fibromyalgia Treatment Center in Marina Del Rey, Ca, has achieved much recognition for his work with Fibromyalgia Research. I would recommend that anyone suffering with Fibromyalgia check out his book, What Your Doctor May Not Tell You About Fibromyalgia, and give his protocol a try. He treats Fibro with a simple, over the counter medication, Guaifenesin. The hardest part of following this treatment is that you have to avoid all salicylates in your facial products, makeups, creams, lotions, etc. Any amount of salicylates will block Guaifenesin from working to “flush out” phosphate buildup. But once you get the hang of it, and find products that you love, this medicine works great. I have been on it for about a year now with no “blockers” and am feeling good. Since hypoglycemia is another issue I deal with, I also have to follow the dietary restrictions set by Dr. St. Amand. That means no potatoes, rice, and corn. So my diet has become pretty much grain-free…which is tricky, but it’s worth it to feel better.

For those of you suffering with Fibromyalgia, first go 100% Gluten-Free…..then look into these other causes / treatments. I promise you, there is hope. You WILL feel better if you take the steps and have the discipline to do so.
Have a happy Gluten-Free, Fibro-Free day! =D
♥ Christie
————————–
Author Information: Christie Bessinger, Fresno, CA
Publisher, Celiac Scoop Blog
You can reach Christie via Email
Fibromyalgia Gluten Remedies Resources Symptoms Vitamin D 2012-08-08
Christie Bessinger

The Link Between Epilepsy, Gluten and Celiac Disease

My neighbor came over to chat last week.   I noticed he had cracks in ...

This is a quote that a lot of people are hearing these days. What ...

Celiac Disease is sometimes referred to as having a cascading effect where symptoms beget symptoms ...